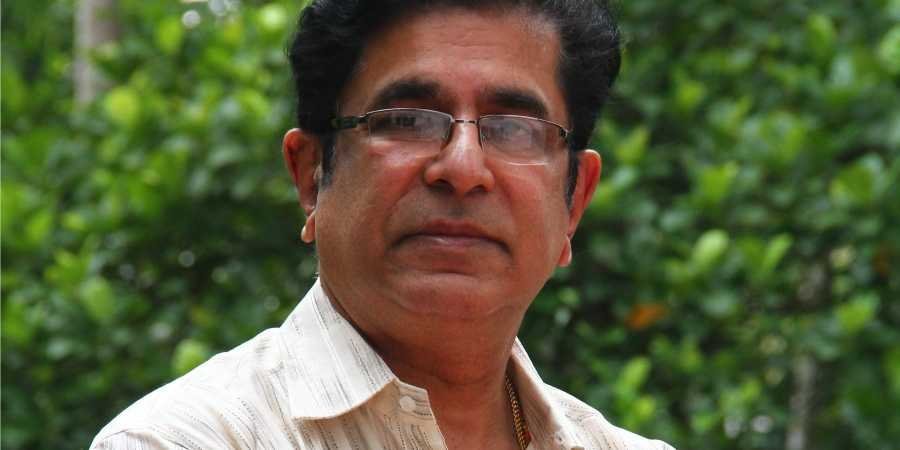 KOCHI: Veteran actor Captain Raju, who excelled in Malayalam cinema as a villain, comedian and in character roles, passed away in Kochi on Monday. He was 68. He breathed his last at his residence at Alinchuvadu.

Raju was under treatment for heart-related ailments after suffering a major cardiac arrest in June. He is survived by wife Prameela and son Raviraj. The funeral will be held later. The relatives of the actor said that the body will be kept at the Hospital after embalming as his son and other relatives have to fly down from the United States.

The body will be brought to his apartment at Alinchuvadu on Thursday, where it will be kept for the public to pay homage. Later, the body will be taken to his ancestral home at Omallur in Pathanamthitta.

Raju, after taking a discharge from the defence service, entered Mollywood through the movie Raktham directed by Joshy (1981). Later, he became one of the most sought-after villains of Mollywood and enacted the role of the antagonist in nearly 50 movies between 1981 and 1986. In the year 1986, Raju portrayed the role of Sathyaraj in Mammootty’s Avanazhi. The movie directed by I V Sasi took Raju’s career to newer heights.

In 1987, it was director Sathyan Anthikkad who gave a new twist in the actors’ career by offering him the role of Pavnayi, the professional killer in Nadodikkattu. Even after 30 years, Pavanayi is loved by many and is one of the most popular characters in the world of trolls.

In 1988, Raju again surprised the audience with August 1, in which he played the role of the antagonist, the man with no name. In 1989, Raju got the best role in his career, Aringodar in the movie Oru Vadakkan Veeragadha. The film, penned by M T Vasudevan Nair and directed by Hariharan, is included in the list of evergreen classics of Malayalam cinema. Raju won accolades for his role in the movie.

Raju who has acted in more than 200 movies in Malayalam, has also acted in Tamil and Telugu movies. His last Malayalam movies were Masterpiece, in which he essayed a cameo as Raju himself, which hit the screens in December 2017.

Raju has also directed two Malayalam movies. Itha Oru Snehagadha (1997), his directorial debut hs actors Vikram and Laila in the lead roles, His second outing Mr.Pavanayi 99.99, which was completed in 2012 is yet to hit screens.