Once ready, China will be the only country to own a space station of its own as the International Space Station (ISS) of Russia is a collaborative project of several countries. 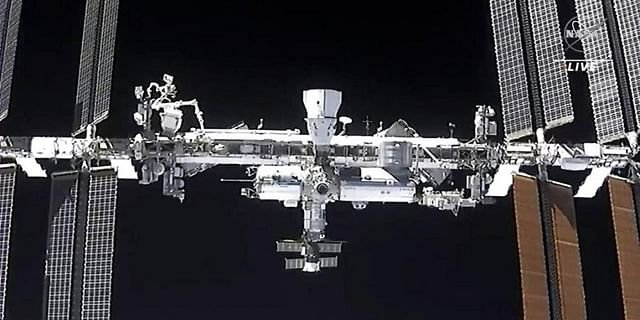 BEIJING: China has said that its space station, stated to be a major strategic asset in space, will be ready for operations this year, providing a bird’s-eye view of the world.

Once ready, China will be the only country to own a space station of its own as the International Space Station (ISS) of Russia is a collaborative project of several countries.

In an announcement on Wednesday, the China Aerospace Science and Technology Corporation (CASTC) said that the country will complete the building of the space station in 2022.

China Space Station (CSS) is also expected to be a competitor to the ISS.

Observers say that CSS may become the sole space station to remain in orbit once the ISS retires in the coming years.

Currently, three astronauts, which included a woman, were busy building the station in orbit.

Earlier, the US expressed concern over CSS’s massive robotic arm which could grab objects from space.

The arm was in action on Thursday as it successfully grabbed and moved the 20 tonne Tianzhou-2 cargo ship in a test, the China Manned Space Engineering Office (CMSEO) said.

It was the first such manoeuvre of the 10-metre-long robotic arm.

In the early morning, it reached out and grabbed Tianzhou-2 and disconnected it from the CSS core module and transferred to another position.

The operation tested the feasibility and effectiveness of using the mechanical arm to manoeuvre a section of the space station while in orbit and verified the arm’s capability of handling heavy loads, state-run CGTN-TV reported.

The success has paved the way for follow-up in-orbit assembly work for the construction of the space station later this year, it said.

So far, the unfinished space station is composed of the Tianhe core module, Tianzhou-2 and Tianzhou-3 cargo ships and Shenzhou-13 spaceship.

CSS was in news recently as China has complained to the UN that satellites of SpaceX Starlink, owned by US billionaire Elon Musk, had two ‘close encounters’ with it in orbit, endangering the safety of its astronauts.

Also, according to CASTC, China will see 40-plus space launches in 2022, including multiple manned space flights, which will be on par with the US.

Other missions relating to the space station include in-orbital rendezvous and docking, extravehicular activities and spacecraft return.

The Long March-6A carrier rocket will also make its maiden flight in 2022, it added.