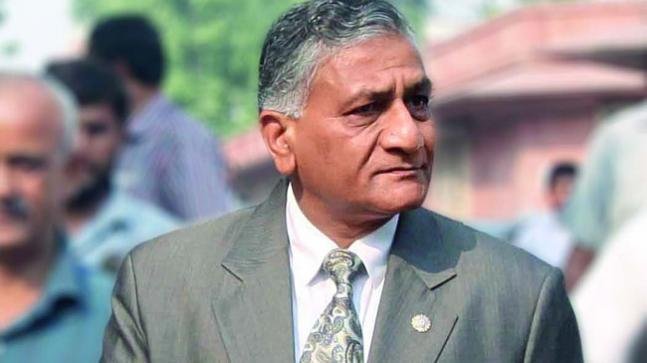 India is skeptical of the independence in the functioning of the civilian dispensation in Pakistan. Minister of State for External Affairs General VK Singh said today that the new Pakistani Prime Minister, Imran Khan, was a “puppet of the Pakistan Army”.

Speaking to reporters on the sidelines of the ‘Smart Border Management’ event organised by the Federation of Indian Chambers for Commerce and Industry (FICCI), VK Singh said that there has been no change in Pakistan’s policy towards India.

When asked about the continuing infiltration and cross-border terrorism, General VK Singh called Imran Khan a puppet of the Pakistani Army and said, “Did you all expect a change? The question is that he was propped up by the Army. Let’s wait and watch. Question remains whether he will remain under Army control or not.”