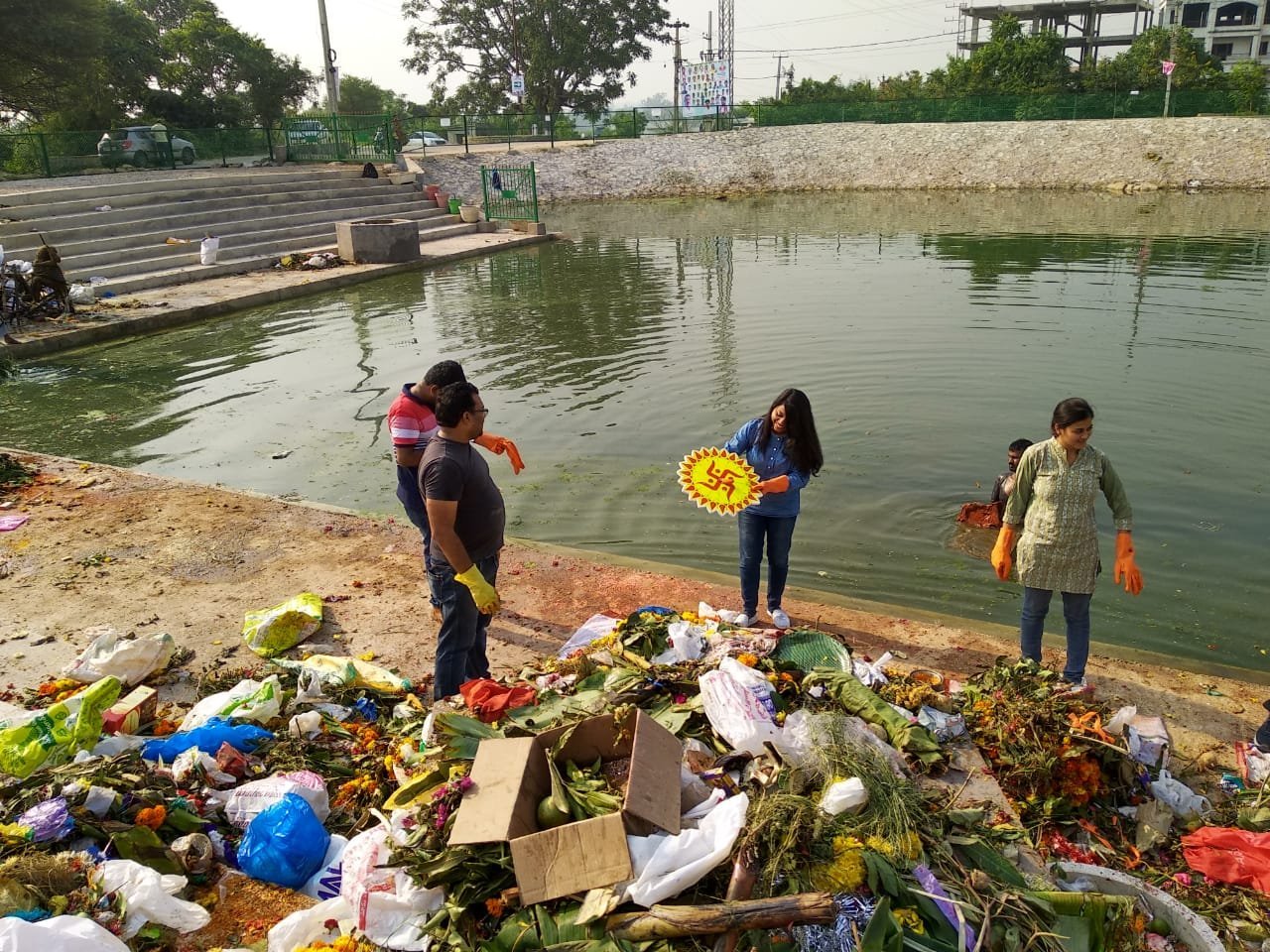 Various volunteer groups, workers of Coimbatore Corporation, and non-governmental organisations have taken up the responsibility of removing waste materials generated in water bodies after the immersion of Vinayaka idols in Coimbatore.

According to the volunteers involved in the cleaning drive, Plaster of Paris (PoP) accounted for more than 95 % of the debris.

At Chinnaru near Siruvani, the volunteers of Siruvani Vizhuthugal removed the idols immersed by various groups on Saturday and Sunday. They cleared 143 big and 150 small idols from the river of which only one was made of clay. All the remaining idols were made of PoP.

“The river passes through the boundary of forest areas of Pooluvampatti range for around seven km. The flow of polluted water on the stretch can have direct impact on the wildlife. Forty volunteers of Siruvani Vizhuthugal engaged in the cleaning drive for two consecutive days to make sure that the ritual did not leave an impact on the environment,” said G. Ramkumar of Siruvani Vizhuthugal.

The debris cleared from the river were later shifted from the place using an earthmover.

At Singanallur tank, one of the main immersion points in Coimbatore city, conservancy workers of Coimbatore Corporation cleared debris of immersed idols and waste materials on Saturday. Various organisations had immersed around 60 large idols in the tank, which was declared as Urban Biodiversity Conservation Zone by the Corporation in 2016.

At Kurichi tank, volunteers joined hands with Corporation conservancy workers to clear the debris. Apart from PoP debris, wooden platforms also had to be removed, they said.

On Sunday, 243 idols were immersed in water bodies at Anamalai and Pollachi in Coimbatore rural. In Coimbatore city limits, Vinayaka idols installed by seven religious organisations and a political party will be immersed in Muthannankulam on Monday.