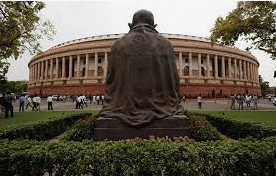 Ahmedabad-based HCP Design Planning has been chosen as the architectural consultant for the ambitious redevelopment of the Parliament building.

The company, headed by Bimal Patel, had also carried out the redevelopment of the Central Vista in Gandhinagar and the Sabarmati riverfront in Ahmedabad.

The contract has been awarded at a cost of Rs. 229.7 crore much below the estimated Rs. 448 crore, Urban Development Minister, Hardeep Puri said.

The consulting cost is usually 3 to 5 per cent of the total cost, Mr Puri said although he declined to give the figure.

The minister also said the heritage buildings will not be pulled down as part of the iconic plan for a new look.

This will include a new central secretariat building as many government offices are spread over Delhi-NCR and Rs. 1,000 crore a month is spent on rent.

Mr Puri said this construction is happening with a target to fulfill the needs of at least 250 years. The minister said the time has now come for building modern and defining characteristics of Delhi as the national capital for 250 years.

Calling it a transformational step for Delhi, the minister said several measures have been taken including providing ownership rights for the unauthorised colonies.

The Delhi Assembly elections are slated in a few months. Mr Puri said the redevelopment of the Parliament building will be finished by August 2022.