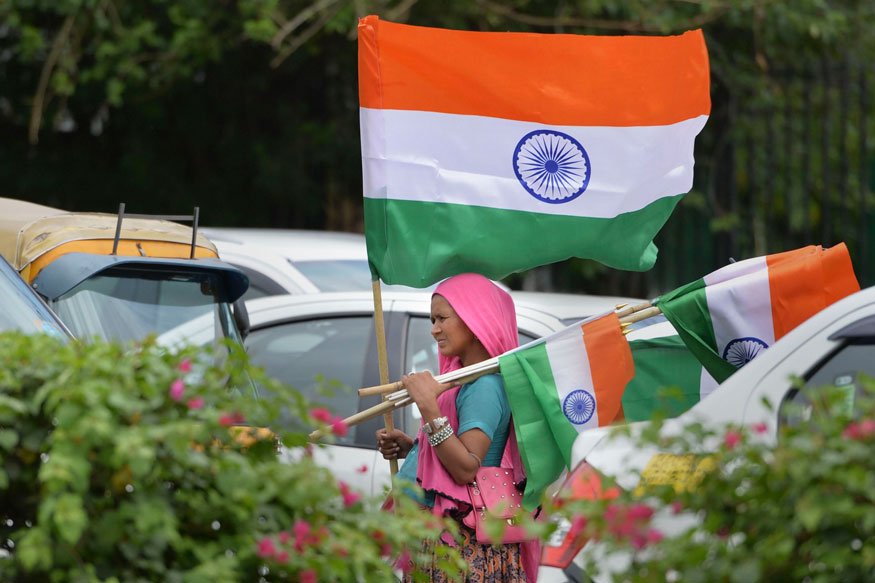 India is gearing up to celebrate its 71st Republic Day on January 26. Three years after gaining independence from the British on August 15, 1947, India’s constitution came into effect on January 26, 1950. This day is celebrated as the Republic Day across the country.

The main event on this day is marked with parades on the Rajpath, New Delhi that shows India’s military prowess and cultural diversity.

The President of India hoists the National Flag, the Tiranga. This is different from Independence Day celebration where the Prime Minister hoists the flag.

A flag is a facet of a free country. India has had a rich history behind the evolution of the Tricolour.

The National flag of India is a rectangular with horizontal tricolours. Saffron is at the top, white is in the middle and green at the bottom. In the white band, a navy blue wheel is visible made up of 24 spokes. The ratio of the width of the flag to its length is two to three.

The Tricolour went through a series of changes, with the first National Flag to have been hoisted on August 7, 1906 in Kolkata. It also had three strips but of red, yellow and green.

Pingali Venkayya from Andhra Pradesh is considered to be the designer of the National Flag. He showed it to Mahatma Gandhi in 1921. This design had a spinning wheel at its centre. This was later changed to bring in the modern Tricolour.

While the saffron at the top symbolizes the strength and courage, white in the middle stands for peace and green represents fertility, growth and auspiciousness of the land.

The chakra in the middle depicts the ‘wheel of law’ or Dharma Chakra in the Sarnath Lion Capital made by emperor Ashoka. It shows that there is life in movement and death in stagnation.