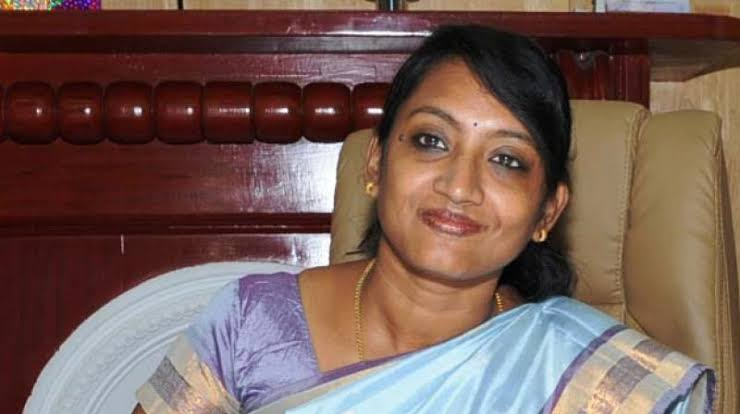 Bird of passage to household name to a skipper leading from the front.That is Ms.J.Innocent Divya,Collector of the Nilgiris who has for the past few months been in the thick of things shielding the hill people from the pestilence going by the name Covid-19. Its a battle of unprecedented and un imaginable proportions. Neck-deep in the struggle Ms.Divya, who now qualifies to be called a Nilgirian, took time off on
Friday to acknowledge to The Covai Post the cooperation extended from day one by all sections of the society in the Blue Mountains to keep
at bay the virus. “I must say that all have risen to the occasion”, she says with gratitude and adds that but for the unforeseen emergency arising from the fallout of a religious conference in Delhi and the Koyambedu development, the Nilgiris would have remained out of the Corona map.

Stating that all things relating to the pandemic were well under control in the Nilgiris,she reveals that even as a constant vigil is being maintained, a plan for the road ahead is in the process of being evolved.

Pointing out that in the Nilgiris which is known for its contribution to the development of
Horticulture is dependent to a great extent on
tea and tourism for its economic well being, Ms.Divya say that steps have been set in motion to strengthen all the three sectors. Lamenting
that like the world over even the economy of the Nilgiris has taken a severe beating,she says that now that studies reveal that the virus
can’t be wished away, “we are going to do everything possible to prop up the economy of the district without compromising on the safety
aspects”. An ad-hoc committee has been formed to implement various plans particularly that relating to the travel and hospitality sectors. It will take off as soon as the government waves the green flag.

Responding to a query on how the administration tackled the problems confronting the district in the wake of the outbreak, she says that the government had laid down clear-cut guidelines and a decision made locally to close the borders of the district to peregrinators had paid rich dividends She adds that in no way was she or anyone else trained to deal with a contingency of such magnitude.

Listing some of the measures being contemplated to put the current situation to constructive use,the district Chief says that the flow of
tourists would henceforth be regulated in such a manner that the administration concerned and the people will get what is rightfully due to them. Simultaneously pollution would be controlled and lesser known parts of this paradise would be promoted. She was hopeful that the people in various parts of the district would shelve their
differences (if any) and get their act together by giving importance to common priorities. In various sectors small clusters would be formed to safeguard livelihoods.

Ms.Divya signs off by giving a huge salute to the Nilgiris and its people for being absolutely of no concern on the crime front and expresses the confidence that the long standing record of the Nilgiris as a crime free district will always remain intact.