A recent video from the Spin Boldak border between Afghanistan and Pakistan has emerged showing thousands of Afghans waiting at the gates to escape Taliban rule. 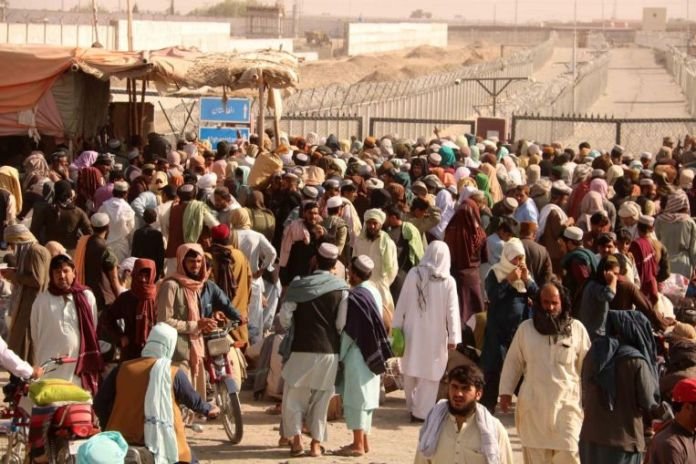 Heartrending visuals from outside the Kabul airport have become the defining image of the Afghanistan crisis unfolding over the past weeks. However, not much has been reported from the other parts of Afghanistan.

A recent video from the Spin Boldak border between Afghanistan and Pakistan has emerged showing thousands of Afghans waiting at the gates to escape Taliban rule. The scenes are similar to what we have been witnessing in Kabul. However, reports say the situation is much worse in these areas.

The freelance journalist who shared the video has written, “This is not Kabul airport, this is Spin Boldak border where thousands of people want to flee Afghanistan to Pakistan. The situation here is far worse than the situation at Kabul airport but because there are no foreign forces here, it has not been covered by the media.”

Massive crowds of desperate Afghans trying to escape the Taliban regime have been flocking the border points of Afghanistan to enter into the neighbouring countries, including Pakistan.

The video shows hundreds and thousands squatting at the border gate on the Spin Boldak side of the Afghanistan-Pakistan border, waiting to get out of the war-torn country.

After Kabul fell to the Taliban on August 15, haunting images of Afghans rushing to the Kabul airport to get on any flight evacuating people out of Afghanistan. Some men were seen on August 16 hanging on to the wheels of a US Air Force jet, most of them later fell to their deaths from the sky.