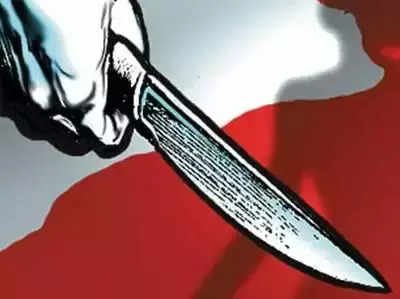 COIMBATORE: A 47-year-old man, who came out on bail after being arrested for sexually assaulting a minor girl, was stabbed by an unidentified man who police suspect to be her relative.

The accused has been identified as A Prince, 47, of Maruthur near Karamadai. He is running a departmental store near Karamadai bus terminal. A 17-year-old girl was working in the store.

The accused, who is a father of two children, abducted the girl in August. Based on a complaint from the family members of the girl, the Thudiyalur all-woman police registered a case. The police found that the accused had taken the girl to a resort in Ooty. The police rescued her.

Prince had applied for bail. The special court for Pocso cases last week granted him bail with the condition that he should appear before the local police and register his signature every day.

The accused started harassing the girl. She took it to the notice of her family members.

An unidentified man, who was hiding near the departmental store on Monday night, charged towards Prince while he was closing the store and attacked him with a sharp weapon. Prince, who suffered a stab injury on his abdomen, collapsed. He was rushed to Coimbatore Medical College Hospital after first aid in Karamadai Government Hospital.

Police suspect one of the girl’s close relatives was behind the incident and are looking out for him. The Karamadai police registered a case under Section 307 (attempt to murder) of the IPC.