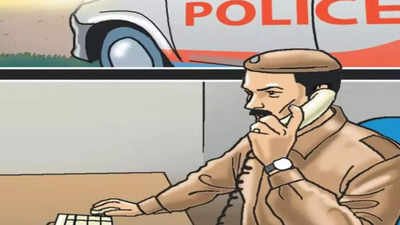 COIMBATORE: The city police are seeking the public’s help to locate a 40-year-old man, who kidnapped a 16-year-old girl from Saravanampatti in July.

“Manimaran, a teacher in a government primary school, was suspended from service. He had married two women and was staying with his second wife and two children in his hometown. After he was suspended, he started a finance firm, but cheated investors and went absconding in May 2019. He was hiding in different places to evade investors and took a rented room at Saravanampatti last December, and began working as a private tutor, teaching Mathematics, Computer Science and dance. He was teaching the victim Mathematics and was a regular visitor to her house. He kidnapped her on July 30,” the officer said.
Based on the girl’s parents’ complaint, police registered a case against Manimaran under Section 366 (kidnapping, abducting or inducing woman to compel her marriage, etc.,) of the Indian Penal Code and sections 11 (sexual harassment) and 12 (punishment for sexual harassment) of the Protection of Children from Sexual Offences Act, 2012.
Manimaran was spotted with the victim at tourist spots in Pollachi, Kodaikanal, Madurai and in Trichy in September. “He may pose as a tuition teacher or a magician. We request people to pass along information about his whereabouts at at 94981 77345 or 94981 01149,” Senthilkumar added.
As many as 77 Pocso cases were reported in Coimbatore city police limits this year, additional deputy commissioner N Silambarasan said.