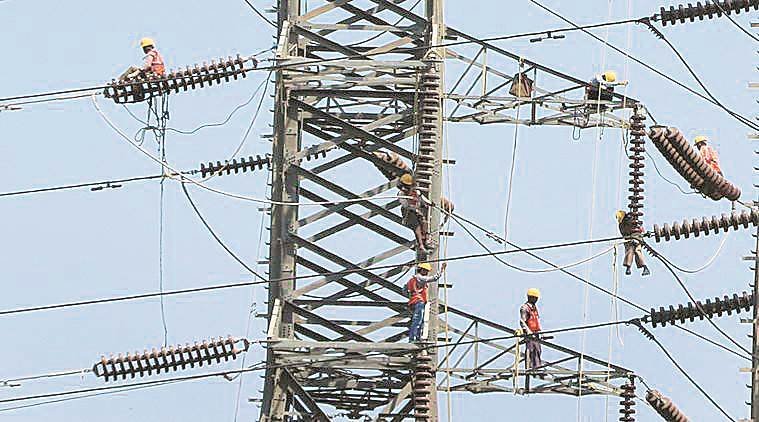 The High Power Committee (HPC) set up by the Gujarat government has suggested that the mega power projects of Tata Power, Adani Power and Essar Power — which run on imported coal only and have a total generating capacity of around 10000 MW — need to be “salvaged” and should be permitted to pass through the impact of high fuel costs equitably to consumers, lenders and other stakeholders.

The HPC recommended that a pass through of high coal prices to consumers may be permitted, which will lead to increase in tariffs, “at the same time ensuring that the entire cost impact of such financial and commercial re-structuring is not passed on merely to consumers, rather the same is equitably distributed amongst the other stakeholders too”. It suggested a cap on the imported coal prices upto which a pass through will be permitted. These mega power projects are based out of Gujarat only but discoms of various states such as Maharashtra, Rajasthan, Punjab and Haryana have signed PPAs with them.

Supreme Court gave a ruling in April 2017 stating that the impact of high imported coal prices – which occurred due to Indonesian Regulations, 2010 — can’t be passed through to consumers as it was neither ‘Change in Law’ nor ‘Force Majeure’ as per the PPAs (power purchase agreements), which were signed with the distribution companies (discoms) of various state governments. ‘Force Majeure’ is a completely unexpected event that inhibits the party from fulfilling its contractual obligations.

The HPC, which was set up in July this year to resolve the issues ailing these mega power projects, stated that “the economic viability of these projects has been severely impacted due to promulgation of Indonesian Regulations 2010, which led to unprecedented rise in the price of coal”. It added that this situation has further been exacerbated because the generators could not pass the “uncontrollable increase in the fuel prices on the procurers (discoms) under the PPAs”.

The HPC has suggested a comprehensive commercial restructuring plan to “salavge” these projects from liquidation. However, it has made it clear that the past losses would be borne by generators only and the plan would be applicable from a prospective cut-off date of October 1, 2018. In its plan, the HPC has suggested a major haircut for banks; option for extension of PPA tenure by another period of 10 years after the completion of the PPA tenure of 25 years; offer for tie-up of free capacity lying with the generators; and sharing of profit from the Indonesian mines of generators.

The HPC stated that the commercial resolution package has to be accepted by the procurer state governments — which currently have power purchase agreements with the generators — as the various changes would need to be made in the PPAs itself. These changes would then need approval of “appropriate commission” such as Central Electricity Regulatory Commission (CERC), according to HPC. The three member HPC was chaired by former Supreme Court Justice R K Agrawal. Gujarat government is yet to form an opinion on this HPC report.

The HPC stated that “a directive may be issued by the state government(s) to the discoms”. According to HPC, the said directive would primarily state that the discoms have to ensure adequate supply of energy on the least possible tariff and while doing so, they should consider whether the same can be achieved by way of “facilitating and promoting the rehabilitation of existing thermal capacities already installed in the state, that may have, for diverse reasons, become financially stressed and economically unviable to be operated in a sustainable basis”.

Since the commencement of operations, the three mega projects have been facing hardship due to under-recovery in fuel costs. These projects were envisaged to receive coal from Indonesia for their operations. Indonesia is the largest supplier of imported coal in India due to its coal quality and logistical advantage.

“However, Indonesian government brought change in coal pricing regulation with effect from September 2011 which increased the cost of coal procurement for these projects significantly. The indicative fuel cost when applied to the normative operating parameters of such projects, translate to more than Rs 2 per unit for almost the entire period from 2011 to 2018. Despite high prices of imported coal, these developers kept supplying electricity at PPA tariff which is in the range of Rs 1.30 to Rs 2 per unit. Consequently, the projects had to absorb significant losses in the form of under recovery of fuel costs, in the past,” the HPC noted.

The HPC also explained its logic behind salvaging these projects. “If these projects are not salvaged, consumer interest will be adversely affected on account of various reasons: the cost of replacement power at today’s market price would be higher; setting up new projects in any event will be more expensive and will take another 4-5 years to commence supply; increase in cost on account of procurement of power from inefficient and old plants which would also have reliability issue; discoms will resort to load shedding on account of difficulties associated with complete replacement of power from these projects; any insolvency or liquidation of these projects would hardly address the issues of power supply,” it said.