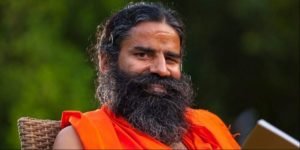 It also asked the social media platforms to give in a sealed cover the subscriber information regarding the individual who uploaded the video.

After perusing the video, Justice Pratibha M Singh noted that it contained excerpts of a book on Ramdev that were ordered to be deleted by the high court in September last year.

The high court had on September 29, 2018 restrained the publisher and author of the book — Godman from Tycoon — from publishing it till the offending portions were deleted, the judge noted.

The court said that the un-deleted portions of the book were being communicated to the public through the video which was uploaded on Facebook, Google, YouTube and Twitter.

The court said that in view of the facts before it, Ramdev, represented by senior advocate Rajiv Nayar, has made out a prima facie case for an injunction.

“Considering that allegations made in the video are same as the allegations in the book that the high court had ordered to be deleted/banned, the plaintiff has made out a prime facie case for grant of injunction.

“Till the next date of hearing, Facebook, Google, YouTube and Twitter are directed to remove/block/disable the uniform resource locators (urls) or links connecting to the offending video.

The urls would be removed for India domain forthwith and not later than in 72 hours,” the court said in its interim order.

On whether the links can be removed globally, the court said it will hear arguments on the next date, April 5, after lawyers for the social media platforms argued that the order of a court here cannot be enforced in foreign jurisdictions.

However, Justice Singh observed that orders of a US court to remove such links would have been implemented by Facebook globally and not just in the US.

The court said it will hear arguments on the issue on the next date and asked all parties to file their replies on this question of law.