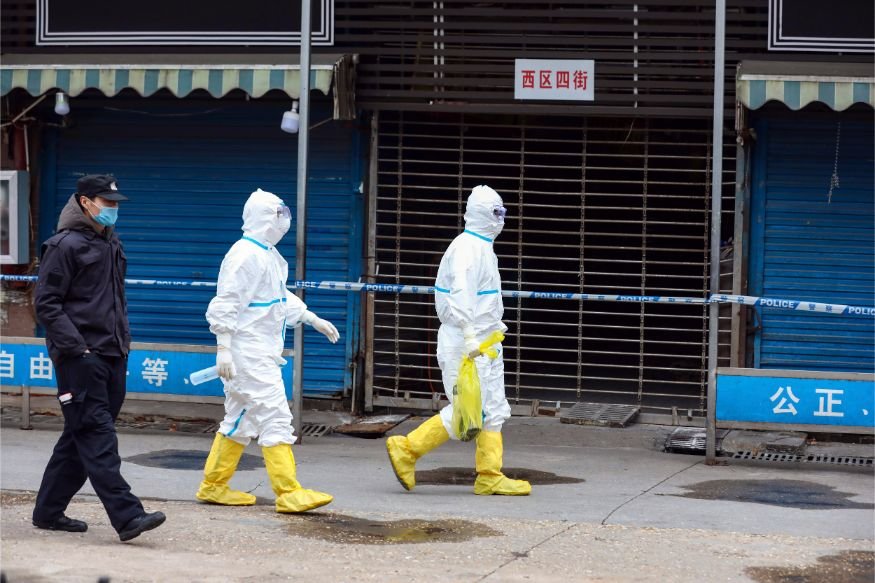 Beijing: Hong Kong’s leader has announced that all rail links to mainland China will be cut starting Friday as fears grow about the spread of a new virus. Chief Executive Carrie Lam said Tuesday that both the high-speed rail station and the regular train station would be closed.

China’s death toll from a new viral disease that is causing mounting global concern rose by 25 to at least 106 on Tuesday as the United States and other governments prepared to fly their citizens out of the locked-down city at center of the outbreak.

The total includes the first death in Beijing, the Chinese capital, and 24 more fatalities in Hubei province, where the first illnesses from the newly identified coronavirus occurred in December.

Asian stock markets tumbled for a second day, dragged down by worries about the virus’s global economic impact.

The U.S. Consulate in the central Chinese city of Wuhan, where authorities cut off most access Jan. 22 in an effort to contain the disease, was preparing to fly its diplomats and some other Americans out of the city on Wednesday.

Japan and South Korea said they would send planes to Wuhan this week to evacuate their citizens. France, Mongolia and other governments also planned evacuations.

China’s increasingly drastic containment efforts began with the suspension of plane, train and bus links to Wuhan, a city of 11 million people.

That lockdown has expanded to 17 cities with more than 50 million people in the most far-reaching disease-control measures ever imposed.

China extended the Lunar New Year holiday by three days to Sunday to reduce the risk of infection by keeping offices and factories nationwide closed and the public at home.

Authorities in Shanghai, a global business center and home to 25 million people, extended the holiday in that city by an additional week to Feb. 9.

U.S. health officials expanded their recommendation for people to avoid non-essential travel to any part of China, rather than just Wuhan and other areas most affected by the outbreak.

There were 1,771 new cases confirmed in China on Monday, raising the national total to 4,515, according to the National Health Commission. It said 976 people were in serious condition.

The government has sent 6,000 extra medical workers to Wuhan from across China, including 1,800 who were due to arrive Tuesday, a commission official, Jiao Yahui, said at a news conference.

A baby boy was delivered by surgery in Wuhan after his 27-year-old mother was hospitalized as a highly suspected virus case, state TV reported. The mother, who has a fever and cough, was 37 weeks pregnant, or two weeks less than a standard full term.

Doctors wore protective masks and clothing for the delivery Friday at Union Hospital.

It was unlikely for her to be able to give natural birth, said the hospital’s deputy director of obstetrics, Zhao Yin.

After the baby was born, the mother would suffer less pressure in her lungs and she could get better treatment. Also Tuesday, the Education Ministry canceled English proficiency and other tests for students to apply to foreign universities.

The ministry said the new semester for public schools and universities following Lunar New Year was postponed until further notice.

The Hong Kong government announced some government offices would remain closed until at least Monday and non-essential public employees were allowed to work from home.

Chinese financial markets were closed for the holiday, but stock indexes in Tokyo, Seoul and Sydney all declined.

Beijing’s official response has vastly improved since the 2002-03 SARS outbreak, which also originated in China, but fears of a global contagion are not put to bed, said Vishnu Varathan at Mizuho Bank in Singapore.