The DMK-led alliance secured victory for the sixth time in Tamil Nadu. 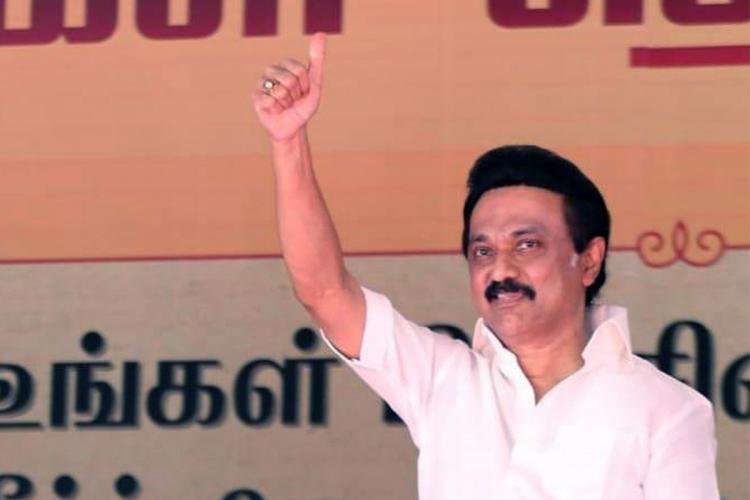 As his party’s victory became imminent in Tamil Nadu, DMK chief MK Stalin expressed his heartfelt thanks to the people of Tamil Nadu for their mandate. In an emotional but simple statement, Stalin said that the people have voted and placed their trust in the capability of the DMK.

Beginning his statement with the golden words of Aringnar Anna and Kalaignar Karunanidhi, MK Stalin said that it was the party’s dream to come back to power when M Karunanidhi was alive. “It was our aim to make DMK come back to power when Kalaignar, our five-time Chief Minister was alive. But time got the better of us. To fulfill that dream, we all worked with enthusiasm every day. This victory is a recognition of that hard work,” he said. He added that he will guard this win as a token of appreciation given to the DMK and its ideology. Pointing out that the party had to endure a lot of difficulties, insults and disrespect in the run-up to the polls, Stalin said that the people have responded to all those negative things with their votes. “I will be truthful to you. I will work for you. My thoughts and deeds are always for the people of Tamil Nadu,” he said.

Thanking all his party workers ‘udanpirappus’ for their hard work in securing this victory, Stalin also expressed his thanks to all the leaders of the alliance parties and their cadres. He emphasised that the parties that DMK allied with are based on ideology and not just for electoral gains. “I thank all the leaders, state Chief Ministers, all party leaders, religious leaders, cinema stars and industrialists who took time to wish me for this victory as their own,” he added. He also said that the upcoming government will consist of people who will realise their dreams of having a good state.