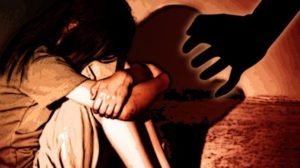 The Hyderabad Police has arrested 29-year-old Mohammed Jeelani for raping a 4-year-old child in her school.

Accused Jeelani worked as a supervisor in the school, situated at Hyderabad’s Tolichowki, since 2014. He looked after the primary section of the school and did housekeeping and gate keeping jobs.

On Friday, Jeelani lured the child with a chocolate and raped her inside the school bathroom.

The incident came to light when the child’s family found her bleeding after she returned home. The child then narrated the ordeal to her mother.

The girl has been admitted to Nilofar hospital where she underwent a surgery.

Golconda police after receiving the complaint has arrested Jeelani under Section 376 2(i) of IPC and Section 5(M) read with Section 6 of the Protection of Children from Sexual Offences (POCSO) Act.

The incident has triggered a protest with a local All India Majlis-e-Ittehadul Muslimeen MLA demanding strict action against Jeelani for the heinous act.