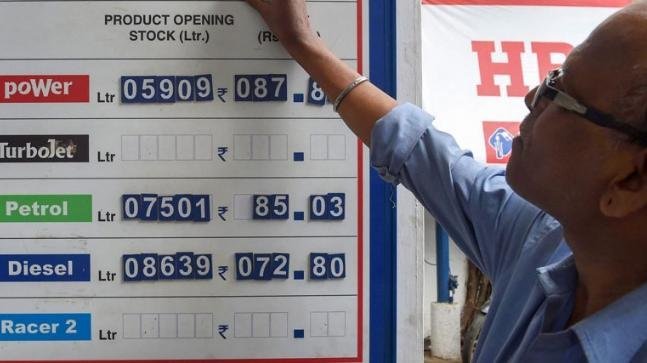 Petrol and diesel prices have gone up every day since August 16. The prices of petrol and diesel are at an all-time high across the country. In Delhi, petrol sells today, September 17 at Rs 82.06 per litre 15 paise up from yesterday. Prices are highest in Maharashtra, where petrol prices have breached Rs 90 mark in a few places. In the east, petrol costs about Rs 84 in Kolkata while in the south, people have to pay more than Rs 85 for a litre in Chennai.

The prices of petrol and diesel are moving north taking the cue from international markets, where crude oil has seen a sharp rise in costs. The oil problem gets complicated for India due to the free fall in the strength of rupee against the dollar (today at 71.75, having touched the lowest mark of 72.91 on September 12).

However, despite the sudden rise in petrol and diesel prices leading to tremendous pressure build-up on the government to cut excise duty, there is no indication that the oil prices will come down on an intervention from the Modi regime.

But why will the government not intervene to bring relief to the people? It is a complicated question in an election year and the answer also lies in the intricacies of electioneering.