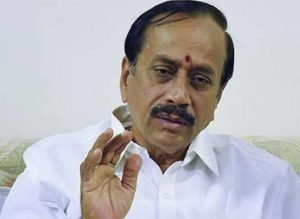 A day after BJP national secretary H. Raja allegedly made contemptuous remarks against the Tamil Nadu police and the Madras High Court, the Pudukottai police on Sunday booked cases against him and seven others under several Sections of the Indian Penal Code. Those booked include functionaries of the BJP and the Hindu Munnani.

An FIR was registered against Mr. Raja and others at the Tirumayam police station on a complaint filed by Station House Officer A. Manoharan, accusing the BJP leader and others of triggering enmity between two groups.

In a related development, Fisheries Minister D. Jayakumar said the State government, in consultation with legal experts, was considering initiating action against Mr. Raja for insulting the police force. “As for his comments on the court, we hope the judiciary will initiate suo motu proceedings against him,” Mr. Jayakumar said. However, Mr. Raja has said the voice in the video clip is not his.

Mr. Raja claimed that the video clip was edited and the voice was not his. He claimed that he always respected the judiciary and that a false propaganda was being carried out against him.

Mr. Raja had reportedly uttered the offensive words at Meyyapuram village near Tirumayam in Pudukottai district on Saturday where he had gone to take part in a Vinayaka idols procession.

The eight persons have been booked under IPC sections 143 (unlawful assembly); 188 (disobedience to order duly promulgated by public servant); 153 (a) (promoting enmity between different groups on grounds of religion, race, place of birth, residence, language, etc and doing acts prejudicial to maintenance of harmony); 290 (public nuisance); 294(b) (uttering obscene words in public place); 353 (assault or criminal force to deter a public servant from discharge of his duty); and 506 (i) (criminal intimidation).

Meanwhile, CPI State secretary R. Mutharasan told journalists in Pudukottai that Mr. Raja must be arrested for making unsavoury remarks against the entire police force and the judiciary, besides taking out a rally “defying a ban order”. He accused the BJP leader of trying to trigger a communal conflict to gain political mileage.

Separately, R. Sudha, vice president of the Madras High Court Advocates Association and national executive member of All India Mahila Congress, in a complaint to the DGP, the Pudukottai SP and the Tirumayam Inspector sought action against Mr. Raja.

Submitting a compact disc containing the video clip of the incident along with her complaint, she said Mr. Raja had not only prevented public servants from discharging their duty “but as malignantly and wantonly entered into a provocative dialogue with the police officer with an intent to cause rioting and promote enmity between different groups on the ground of religion.”