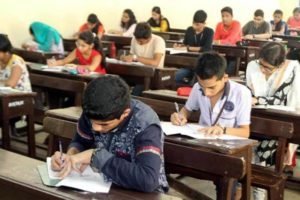 The Directorate of Technical Education (DoTE), under whose purview are government engineering colleges and all aided and government polytechnic colleges, has remained without a director or commissioner for the last two years.

As bureaucrats who were appointed in the last two years have held additional charge of the DoTE, day-to-day routine of institutions has suffered.

The current director, K. Vivekanandan, was posted five months ago and is holding additional charge as Commissioner of Geology and Mining. His predecessors, R. Palaniswamy and Rajendra Ratnoo, also held the post as additional charge, lasting only six and 11 months, respectively.

The arrangement until 15 years ago was that the senior-post principal of a Government College of Technology would be the Director and the principal of Central Polytechnic was appointed the Additional Director.

“During her tenure in 2001-2006, the then Chief Minister Jayalalithaa appointed an IAS officer and created a post called Commissioner of Technical Education. In the Directorate of College Education, the post continues to be held by the senior-most principal of a government arts and science college and they are empowered to make decisions for the colleges. The aim of appointing a bureaucrat was to expedite policy decisions, but now with no permanent commissioner in place, every decision awaits the Higher Education Secretary’s nod,” said an office-bearer of the Aided Polytechnic Teachers Association.

“In the last five years, the Director was changed every three to six months. All the files, including those on recruitment, restructuring of administrative posts and curriculum change, are pending with the government.

In the earlier system, recruitments were approved in about 15 days to one month’s time. Now, it takes 12 to 18 months to fill vacancies,” said the office-bearer.

Teachers remain on tenterhooks as each new bureaucrat makes policy changes. There are further changes when new higher education secretaries take over.