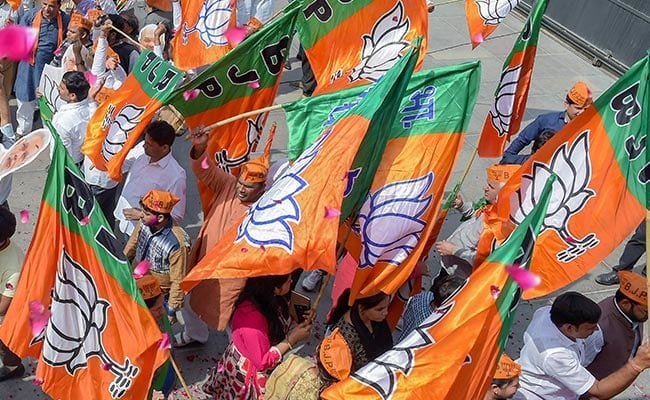 The Jammu and Kashmir unit of the BJP Thursday released the first list of 380 candidates for urban local bodies (ULB) elections scheduled to be held in four phases next month.

He said the BJP state election committee headed by its state president Ravinder Raina finalised the first list of the candidates at a meeting after discussions.

He said, before finalising the list, the state election committee discussed the names of candidates with concerned legislators, respective district presidents and district in-charges.

The state unit also conducted the ward-wise and polling booth-wise survey to select the “effective” candidate for this election, the spokesman said.

Meanwhile, BJP spokesperson Balbir Ram Rattan hit out at state Congress president G A Mir over his assurance to the people that his party would safeguard the Article 35A of the constitution, and said “this is another evil attempt of the Congress to mislead the people just for the sake of getting votes”.

Article 35A gives special rights and privileges to the Jammu and Kashmir natives.

“How can the Congress state with such a certainty about the future of Article 35A when the case has yet to heard by the Supreme Court and give its final judgment? The statement of the state Congress president amounts to the contempt of the apex court,” Mr Rattan said in a separate statement.

He said while the National Conference (NC) and the Peoples Democratic Party (PDP) are using 35A to boycott the upcoming elections, the Congress is trying to “play with the emotions of the people” of the state, especially Kashmiris, on the issue.

“The Congress is the root cause of all the problems being faced by the state of Jammu and Kashmir, yet it is unwilling to accept the same and continues to mislead the people under the false belief that it can undo the past by playing with their emotions,” he said.

He said the people of the state are not gullible and they fully understand the game plan of the Congress and will teach it a lesson in the forthcoming elections.