Video and photos of the incident were taken to the attention of the Forest Department on Monday. 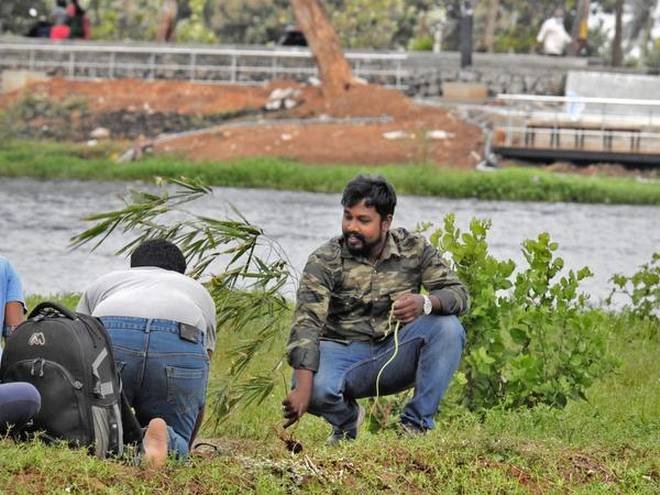 The Forest Department has launched an inquiry into the incident where a group was found photographing snakes on the banks of Krishnampathy tank in Coimbatore on Monday.

An independent researcher who went to the tank for birding on Monday evening spotted the group of eight persons with at least two species of snakes – suspected to be green vine snake and trinket snake.

“The group was at the tank bund before I reached the place at 5.10 p.m. The whole incident seemed like a staged photography. Taking photograph of snakes in natural environment is not an issue but catching them from somewhere and doing staged photography is against nature and ethics of the wildlife photography,” said the researcher who did not want to be named.

Video and photos of the incident were taken to the attention of the Forest Department late on Monday.

T.K. Ashok Kumar, District Forest Officer, Coimbatore Forest Division, said that the Department has launched an inquiry into the incident. “We have identified one of the persons in the group. He has been called for an inquiry on Tuesday. The Department will check whether the person had informed about the rescue of the snakes [if it was rescued for release],” he said.

As per the standard practice, trained snake rescuers have been advised by the Forest Department to inform before rescuing them and after releasing them in a suitable habitat.

“For record, we take a video at the time of rescue and at the time of release. The rescue and release should be done with the advice of the Forest Department. We take them to the respective forest range office from where they are taken for release. Ideally the release should be done at the earliest after the rescue,” said a snake rescuer who has been assisting the Forest Department in Coimbatore for several years.