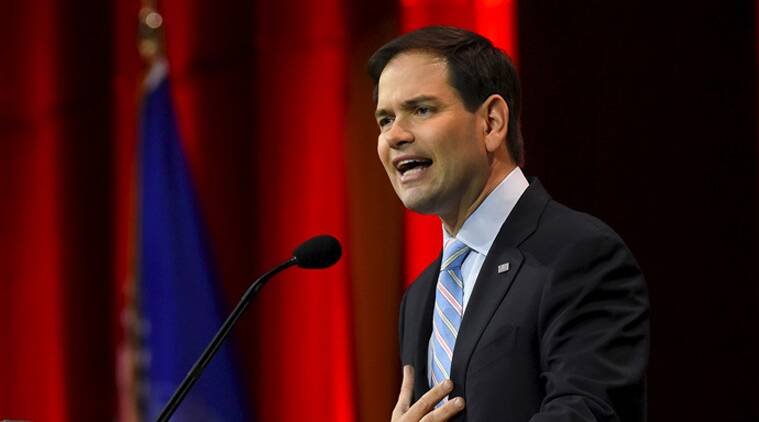 Top Republican lawmakers have demanded that the Taliban be designated as a terrorist organisation, arguing that the government led by the hardline group in Afghanistan has several cabinet members who are UN designated terrorists.

The lawmakers have also sought sanctions against the countries that recognise the government led by the Taliban in Afghanistan.

Senators Marco Rubio, Tommy Tuberville, Moore Capito, Dan Sullivan, Thom Tillis and Cynthia Lummis have introduced the Preventing Recognition of Terrorist States Act, which would direct the US Secretary of State to designate the “illegitimate Islamic Emirate of Afghanistan” as a state sponsor of terrorism and the Taliban as a terrorist organisation.

The bill, if passed by the Congress and signed into law, would also impose sanctions against foreign individuals who knowingly provide assistance to the Taliban and require a report, within six months, from the US Department of State that determines whether the Taliban should be designated as a significant foreign narcotics trafficker under the Narcotics Kingpin Designation Act.

The legislation would also require the US government to ensure that taxpayers’ dollars do not go to foreign terrorist organisations in Afghanistan.

“There is no doubt that a Taliban-controlled Afghanistan poses a direct threat to our national security interests and that of our allies and partners both in the Middle East and in Central Asia,” Rubio said.

“Following the Biden Administration’s disastrous military withdrawal from Afghanistan, the country is already becoming a safe haven for terrorists who hate America. Unfortunately, there is no reason to think President Biden will treat the Taliban like the terrorists they are. Congress must take action to deal with this new reality and keep Americans safe,” he said.

Four Senators Joni Ernst, Rick Scott, Dan Sullivan and Tommy Tuberville in a letter to Secretary of State Antony Blinken demanded that Taliban be designated as a terrorist organisation.

“We believe the Taliban easily meets all three criteria and urge you to consider designating the Taliban as a foreign terrorist organisation and treating them as such to the maximum extent of the law,” they said.

“The Taliban appointed Sirajuddin Haqqani, the leader of the Haqqani network and a known terrorist wanted by the FBI for the murder of American citizens, as Interior Minister and allowed terror organisations to join the government,” they wrote.

“Given their history of supporting terror attacks on the United States, their brutal style of governance, their continued display of atrocities against Americans and our allies, and now, their enhanced military capability, the current version of the Taliban government presents a significant threat to the United States.

“Further, the Taliban display the will and the means to attack Americans and American interests,” the senators wrote.

The Taliban seized control of Afghanistan in mid-August, ousting the previous elected leadership which was backed by the West. The interim Cabinet announced by the Taliban consists of high-profile members of the insurgent group.

Several world leaders have announced they would see whether the Taliban fulfils its promises to the international community on issues like an inclusive Afghan government and human rights before giving their regime diplomatic recognition.

Senator Tellis said the Taliban is a terrorist organisation with a long history of oppressing and murdering Afghans and providing safe haven to the same al-Qaeda terrorists who carried out the 9/11 attacks.

“It is shocking that the White House would even consider giving foreign aid to the Taliban. This legislation would prevent that from happening, appropriately designating the Taliban as a terrorist organisation,” he said.

The Taliban have a long record of human rights violations and terrorist actions, said Lummis.

“We must not exacerbate the Biden administration’s failure in Afghanistan by legitimising the Taliban’s government. We should call the Islamic Emirate of Afghanistan what it is: a state sponsor of terror run by a terrorist organisation,” he said.

In an interview to Fox News, Senator Lindsay Graham also demanded that the Taliban be designated as a terrorist outfit.

“And I want to tell every country out there, if you give these guys money, you’re giving people money who have American blood on their hands and led to the first 9/11 and God allow the second 9/11. So, you’re going to have a real problem with the US Congress if you legitimise the Taliban,” he said.

At least 14 members of the Taliban’s interim government are on the UN Security Council’s terrorism blacklist, including acting Prime Minister Mullah Hasan and his both deputies.

The Taliban had promised an “inclusive” government that represents Afghanistan’s complex ethnic makeup, but there is no Hazara member in the Cabinet. No woman has been named in the interim Cabinet.