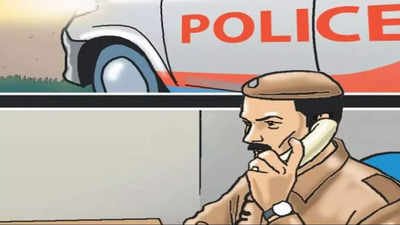 UDHAGAMANDALAM: Amid slump in the pace of further probe into the Kodanad estate murder-burglary case, police have decided to reopen the ‘suicide’ of the estate computer operator and CCTV-incharge Dhinesh Kumar. He was found hanging at his home on July 3, 2017 and police closed it as suicide.

“In case of reinvestigating the ‘suicide’ of Dinesh Kumar, the police have to first alter the charges, as the earlier FIR had been closed as suicide”, sources told TOI, adding that the recent sluggishness in inquiry could be an indication of police taking the case in a different direction.

In a related, but significant development, the number of special police teams has been cut short from five to just three.

Also, four of the 10 accused in the case, have appealed to the inspector-general of police (west zone) for online interrogation. Police are yet to respond to their request. K Vijayan, counsel for Dheepu (A3), Satheesan (A5), Santhoshsamy (A8) and Jithin Joy (A10) has written to the IGP requesting him to conduct the inquiry through video conferencing.

Citing Covid-19 pandemic as well as security reasons, counsel said, “all the four accused have to come from Kerala, hence the request for enquiry through video conferencing”.

So far, the police have enquired over a dozen persons, including prosecution witnesses and list of witnesses besides important people who were not in both the lists.