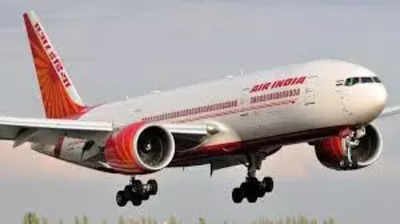 COIMBATORE: Heavy rain and poor visibility affected services of two flights at Coimbatore airport on Saturday afternoon.
An Air India Mumbai-Mangalore-Coimbatore flight that was scheduled to land at 1.30pm had to fly over Pollachi and Annur areas for more than one and a half hours due to poor visibility at Coimbatore airport. The plane landed at the airport at 3.05pm.
An Air India Delhi -Chennai-Coimbatore flight that was scheduled to land at 2.45pm was diverted to Bengaluru as the pilot found it difficult to land the plane at the airport due to poor visibility. Later, the flight returned to Coimbatore from Bengaluru and landed around 4.40pm. It took off for Delhi around 5pm.