Some deficiencies which the Coimbatore corporation is trying to address include damaged bins, insufficient waste collection system, among others. 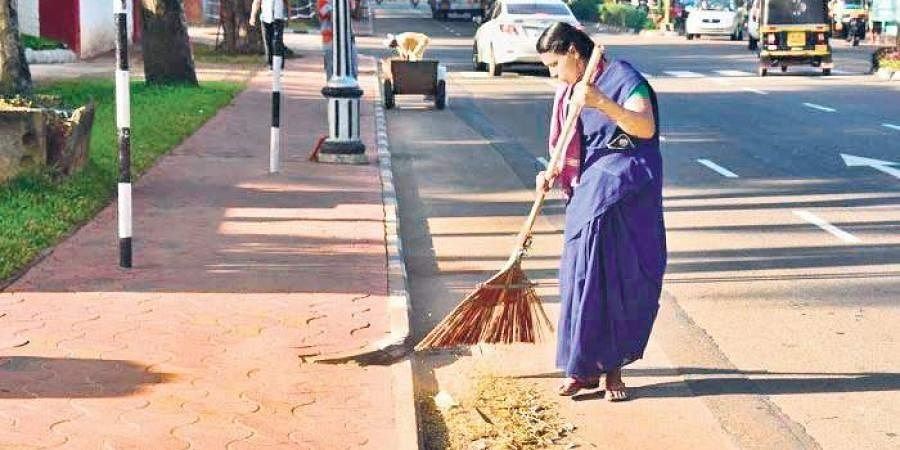 COIMBATORE: After the city’s Swachh Survekshan rank dropped to 46 this year compared to 40 in 2020, the Coimbatore City Municipal Corporation (CCMC) has found a few shortcomings in its daily activities. In the results announced on Saturday, November 20, 2021, the city scored 2,308 out of 6,000 marks, securing 46th place at the national level and 12th place at the State level.

Sources said the score went down because of a few activities by the civic body. As far as Swachh Survekshan ranking 2022 is concerned, the parameters are different from that of 2021, sources added.
Speaking to TNIE, CCMC Commissioner Raja Gopal Sunkara said, “There are five to six parameters in the Swachh Survekshan ranking and we have scored different marks in them. Also, the number of cities taking part in the survey has increased.”

He listed out some deficiencies which the city corporation is trying to address — damaged bins, insufficient waste collection system, among others.

When questioned if the fall in ranking is due to poor awareness among the public, Raja said the behavioural change of the public is not as expected.

“We have Swachh Bharat ambassadors and animators but the problem according to my understanding is not just the awareness. The public is aware that door-to-door waste collection is happening. Still, there are places where open dumping is happening. The residents should change their behaviour,” the commissioner said.

Meanwhile, sources said a team of officials from the Central government would be visiting the city between January and March to assess the cleanliness and waste management methods followed in the city.

“Keeping those parameters in mind, we will try to work on improving our ranking,” Raja added.

Officials, familiar with the developments, suggested a few methods on how to improve the city’s ranking in Swachh Survekshan. “Firstly, the waste collection must be streamlined by making residents segregate their household waste. Next, the waste should be turned into value-added products like manure. The city must be tagged with open defecation free by constructing a public sanitary complex. One of the important aspects is to have garbage-free streets,” officials added.

Also, Coimbatore was tanked 46 among 48 towns and cities with over 10 lakh population in ranking in a pan India cleanliness survey.