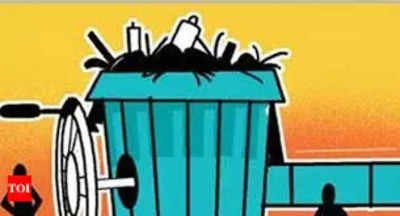 COIMBATORE: A woman conservancy worker of the Coimbatore Corporation suffered injuries when a resident attacked her on Thursday morning for insisting on segregation of waste at the source level.

Officials of the corporation’s health wing said Jothiammal was collecting garbage in Rangai Gounder Street in ward 80 in the Central Zone of the corporation in the morning. A man gave her a bag full of garbage. Jothiammal found a mix up of non-degradable and non-bio degradable waste in the bag and demanded that the man segregate waste before handing it over to her.

Irked over this, the man engaged in a verbal duel. He attacked the woman on her face, resulting in a bleeding injury. Fellow workers shifted the woman to Coimbatore Medical College Hospital for treatment.

Higher officials from the civic body led by corporation commissioner Raja Gopal Sunkara visited the woman and asked doctors to ensure best medical care to her.

The corporation commissioner instructed the city health officer to conduct an inquiry into the incident. Based on his instruction officials also pursued legal action against the attacker.

A health official in central zone said a complaint had been lodged against the attractor with the Variety Hall police. Meanwhile, they have got a CCTV footage which established the attack. The footage had been handed over to the police, he said.

In a video appeal, Jothiammal said that the man should face strict action and he should be arrested at the earliest. She said she had been into garbage collection in the same area for around 35 years but had never faced such a situation before.

A group of sanitary workers gathered at the police station to urge the police to arrest the man soon.