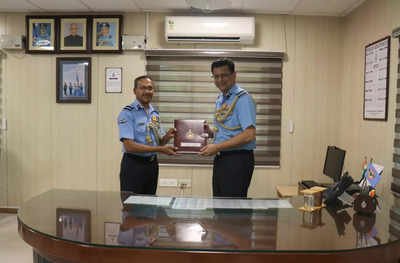 The tenure of Air Commodore PK Sreekumar saw many milestone events including the passing out of 100th Dornier aircraft after servicing. The new incumbent, Air Commodore KAA Sanjeeb, brings-in rich experience, having been associated with the maintenance of transport fleet of the IAF including the frontline AWACS (airborne warning and control system) aircraft. His experience of driving ‘Atma Nirbharta’ projects from Air Headquarters will contribute to driving projects towards ‘Self Reliance’ with the help of industries in the Coimbatore region.

The posting happens a few weeks after a chopper crash near Coonoor claimed the lives of 14 people including the country’s first Chief of Defence Staff General Bipin Rawat. The Mi-17V5 chopper carrying General Bipin Rawat and others were flying from Sulur Air Force Station to Defence Services Staff College in the Nilgiris on December 8 when the crash happened.

When contacted, defence officials said it was a routine transfer. They said it could not link the transfer with the chopper crash.