The woman, who suffered burns to her face, is receiving treatment at a private hospital in Coimbatore. 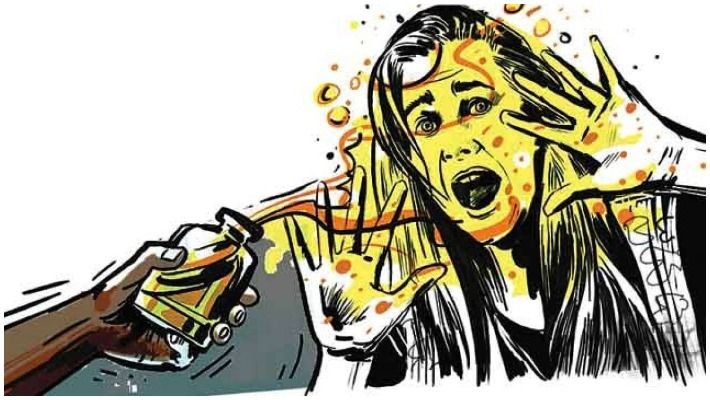 Chennai: An unidentified man threw acid on a 34-year-old woman while she was returning back home from a grocery shop in Coimbatore on Thursday. Based on the complaint from the woman, the Coimbatore police have registered a complaint and started the investigation to find out the miscreant and the reason for the attack.

According to a report on Times of India, the woman who suffered burn injuries to the face has been admitted to a private hospital in Coimbatore for treatment.

The survivor was identified as Radha, a native of Dharmapuri who was working as a construction labourer in Coimbatore. Radha was reportedly residing alone in a rented home in Ammankulam in Coimbatore since she seperated from her husband Stalin a few months ago.

On Thursday, an unidentified man on a two-wheeler stopped her while she was returning home from a grocery shop at night. While she halted, the man took acid bottle and poured her on her face.

The woman immediately started to raise an alarm for help. However, the man escaped from the spot.

The residents alerted the police and took her to the hospital.

Based on a complaint from her, the police registered a case under sections including voluntarily causing grevious hurt with use of acid under Indian Penal code.

The police also started the questioning and said that her husband did not attack her but have decided to inquire him.