During a live stream of the launch, SpaceX’s launch director said: “Time to let the American broomstick fly and hear the sounds of freedom.”

Elon Musk’s space venture SpaceX has successfully launched 48 new Starlink satellites into orbit. The new batch of satellites was launched on Wednesday aboard a two-stage Falcon 9 rocket, from Cape Canaveral Space Force Station in Florida at 8.45 a.m., the company said. 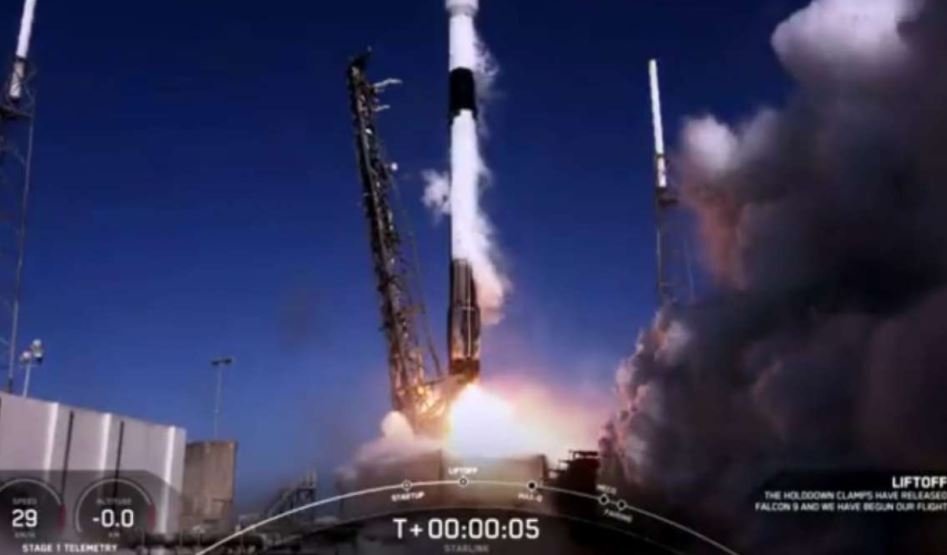 “Another 48 Starlinks just reached orbit,” Musk said in a tweet. During a live stream of the launch, SpaceX’s launch director said: “Time to let the American broomstick fly and hear the sounds of freedom.”

The jibe was directed at Russian space agency chief Dmitry Rogozin, who had last week said “let them fly on something else, their broomsticks”, after Russia halted sales of its rocket engines to US launch providers amid economic sanctions following that country’s invasion of Ukraine on February 24.

According to SpaceX, Wednesday’s launch marked the fourth flight and landing for its particular Falcon 9 first stage, Space.com reported. Starlink is the giant constellation of broadband satellites that SpaceX is assembling in low Earth orbit.

The company has already launched more than 2,000 Starlink craft since 2019, and many more will go up in the relatively near future. SpaceX has permission to launch 12,000 Starlink satellites and has applied for approval for up to 30,000 more, the report said.