Cracking down on Chinmaya Vidyalaya’s authorities over a 17-yr-old student’s suicide, Coimbatore police have arrested the school’s principal Mira Jackson 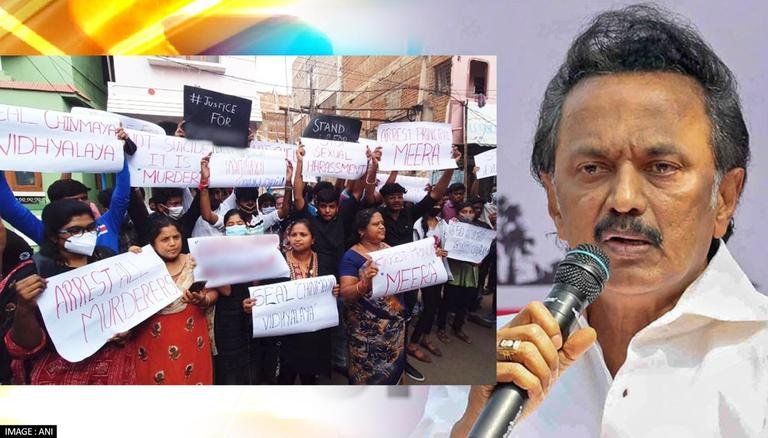 Cracking down on Chinmaya Vidyalaya’s authorities over a 17-yr-old student’s suicide, Coimbatore police have arrested the school’s principal Mira Jackson on Sunday. Jackson, who was booked for not acting on the victim’s complaint on sexual abuse, was arrested by police while she was in hiding in Bangalore. The accused is being investigated at RS Puram police station and over 20 police personnel deployed outside school premises as a safety measure.

Responding to public fury, Tamil Nadu ministers Anbil Mahesh Poyyamozhi and Senthil Balaji met the parents of victim in Coimbatore. The child’s body has also been brought back home for performing last rites. The family had refused to take her body demanding action to be taken against the school principal as well. Students and former students of the private school protested outside the victim’s house in RS Puram, demanding the arrest of the school principal – Mira Jackson.

A 17-year-old school student died by suicide on Saturday after she was repeatedly sexually assaulted by one of her teachers. The 17-year-old girl is said to have hanged herself at her home in Coimbatore’s RS Puram locality when her parents were out. Two accused – a female school teacher and the prime accused – physics teacher Mithun Chakravarthy have already been arrested.

The accused teacher, Mithun Chakravarthy, has been detained by the police and booked under section 306 of the Indian Penal Code and section 9L r/w section 20 of the Protection of Children from Sexual Offences (POCSO) Act. The family has alleged inaction by school authorities despite the child having raised complaints against the teacher. The victim’s mother has accused the principal of attempting to hush the incident to ‘save the school’s reputation’.

She lamented, “My child was taken to counselling by one Meera madam (after the assault). The principal told my daughter to not tell anything to her parents. She has been mentally tortured for the last six months and she refused to go to school. The principal told that ‘people rub against us in buses, so don’t escalate this’ so that school name is not spoiled. I kept asking her why she did not want to go to school? But she kept everything in her mind and did not tell outside.”

Sources add three people have been named by the child in her alleged suicide note – the accused teacher, a friend’s grandfather and a neighbour’s father. Several politicians like DMK MP Kanmozhi and MNM chief Kamal Haasan have condemned the incident, demanding strict punishment to the school authorities and the accused. The school is yet to issue any statement on the incident.